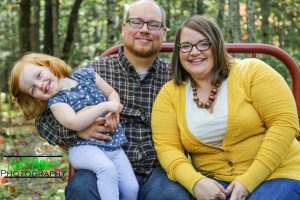 Today, Julie and Matthew Svatos and the Department of Human Rights agreed to settle their lawsuit against Fairview Health Services for deaf discrimination against its patient Julie and her husband Matthew Svatos.  The State of Minnesota, Department of Human Rights along with the Svatoses, represented by Gilbert Law, filed suit last year against Fairview’s Hibbing Hospital because its staff failed to provide adequate sign language interpreters to communicate with the Svatoses when they sought medical care for the birth of their firstborn child.

After the Svatos child was born, Fairview left Mr. Svatos, without any effective means of communicating with the doctors and healthcare providers who were caring for his wife and newborn daughter over a three-day period. The Svatoses’ child was born with medical complications and underwent several tests and examinations when it was 1-day old, which Mr. Svatos was unable to access. Despite repeated requests for an interpreter, Fairview repeatedly failed to provide an interpreter, and instead tried to use Mrs. Svatos, who was still recovering from giving birth, to facilitate all communication for her husband. Mr. Svatos was unable to effectively communicate with Fairview’s medical staff and could not fully participate in the testing conducted on their newborn, information about the results from the doctors, and all of the other communications by nurses and specialists caring for his wife and newborn.

After many months of litigation and negotiations with Fairview, this case has now been resolved. In addition to a confidential monetary payment to the Svatoses, Fairview has agreed to implement several improvements to its policies and procedures for deaf and hard of hearing patients and companions, including the following:

Fairview’s agreement to modify and implement these changes to its policies and procedures as part of this settlement agreement will also apply to any hospitals that Fairview will acquire through its impending merger with HealthEast in the near future.

The monetary payment that Fairview paid to the Svatoses as part of its settlement of this lawsuit is confidential.

Federal and state law require all places of public accommodations, such as hospitals like Fairview, to provide and ensure effective communication with individuals who are deaf and hard of hearing using American Sign Language interpreters. Failing to do so is discrimination based on disability.

The Svatoses’ lawsuit was one of three deaf discrimination cases against Fairview Health Services over the past two years. In 2004, Fairview entered into a public consent decree with the United States Department of Justice and the State of Minnesota, in which it promised to provide effective communication for deaf patients and deaf companions, and to not rely on family members to interpret.

“This settlement with Fairview represents an important milestone for the Minnesota Deaf community.” States Heather Gilbert of Gilbert Law PLLC, a law firm in Minnesota with ASL fluent attorneys. “In light of the multiple lawsuits against Fairview over the years for allegations of same or similar deaf discrimination, and as one of Minnesota’s largest healthcare networks and providers, it is encouraging to see Fairview make these necessary changes to its policies and procedures, and begin to take the right steps toward providing equal access to healthcare for all Minnesotans.”

Gilbert Law PLLC is a civil rights law firm committed to representing protected classes so they have full and equal access to all parts of society.  Heather Gilbert may be reached at 651-340-9642. 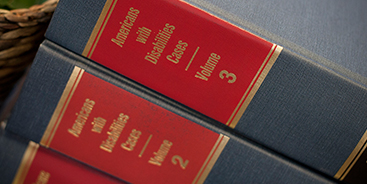 While there are laws in place to protect the rights of persons with disabilities, many times these are overlooked. When disability discrimination prevents you, call the attorney that will stand by your side. 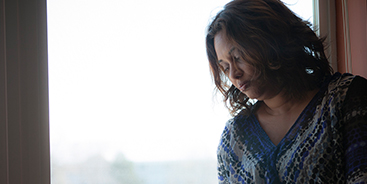 From employment discrimination claims to small business legal advice, Gilbert Law has the tools, expertise and knowledge to give you exactly what you need in every aspect of employment law. 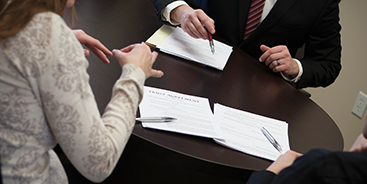 You want the best for your loved ones after you’re gone. Don’t let the law get in the way. We can help you work through decisions like planning your will or probating a loved ones estate

Don't Take Our Word For It, Our Satisfied Clients Say It All

Check out the testimonials from our happy customers below

Our results speak for themselves. See what our past clients have said about our work, and become the next to have Gilbert Law in your corner. Our success comes from our clients’ success, so call us now for your free consultation.